THE Fortis Green Residents’ Association was formed in May 1948, following an outcry over the parking of commercial  vehicles in Annington Road, just behind the Muswell Hill police station in Fortis Green.

Its aim was to “foster an interest in local government and other matters of local interest”. The Association was to be strictly non sectarian and non political. The slogan adopted became “strength through unity”. 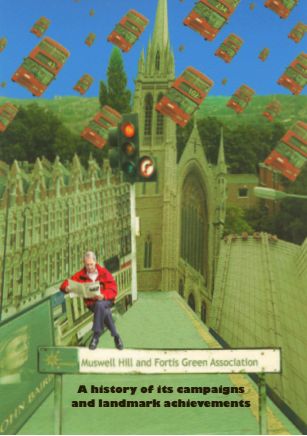 Our history has been documented in Muswell Hill and Fortis Green Association: a history of its campaigns and landmark achievements, originally published in 2010, covering among others our successful fight against

The book, by the current Association chairman, John Hajdu, has now been updated to 2015 and is made available to members and to all those who are interested in the Association’s  activities and campaigns conducted over 70 years to protect, maintain and improve the local environment and quality of life.